The Dark History of Eyelashes 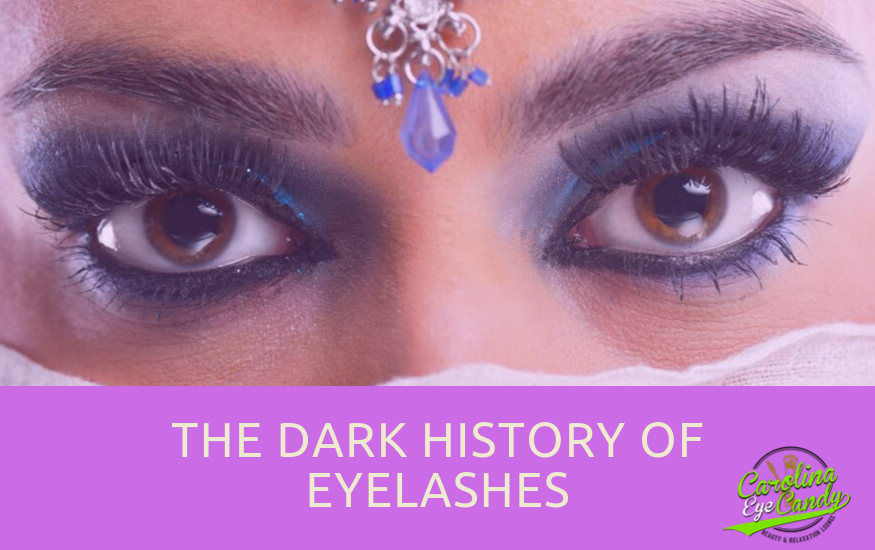 When you open a magazine or browse for beauty-related products you see them all the time – beautiful women with impossibly long, thick lashes. You probably won’t be surprised to know that most of these lashes are not natural – if you want them done you just need to book an appointment. But did you know that before eyelash extensions became an essentially safe, painless procedure, women in history suffered just to get fashionable lashes?

Long Lashes Were a Symbol of Chastity

Pliny the Elder was a Roman author, a naval and army commander of the early Roman Empire and a philosopher.  He was born in 23 AD. This would probably explain his very unusual ideas about eyelashes. He claimed that eyelashes fell off during sex, so the more you have sex the lesser lashes you have. As a result, women who have short, thin lashes were considered promiscuous. This led to women trying hard to have the longest and thickest lashes to prove they are chaste.

Women Used To Pluck Them Off

I don’t remember a time when thick, long lashes were not considered beautiful – but apparently there was a time in history when it was considered fashionable to pluck your lashes. Ouch! In the Middle Ages, the church declared that it was a sin and an offense to God if women displayed their hair. So they wore veils, and plucked their hair to increase their hairline. Then they went a step further by plucking off their eyebrows and eyelashes.

Dyed Lashes Were in Vogue in the 1600

The no-eyebrows, no-eyelashes trend did not last long. In fact by the 1600 women were dyeing their hair and lashes reddish-gold to copy Queen Elizabeth I’s natural reddish-gold hair color. People were not big on safety in those days, and the dye they used contained vitriol. For those unfamiliar with the term, vitriol is sulfuric acid which of course, damaged the scalp and hair roots, causing hair from their head and lashes to fall off.

Women Had False Eyelashes Sewn on Their Eyelids

By the 1800 women were again experimenting with ways on how to get thick, long lashes. Some applied ointments and concoctions in the hopes that their lashes would grow naturally thicker and longer. In Paris, the more courageous women started sewing hair taken from their head on their eyelids to achieve longer, thicker lashes. For anesthesia, a cocaine solution was rubbed on the eyelids before the procedure. This method of eyelash extension was very popular in cosmopolitan capitals – particularly Paris, but definitely not for the faint of heart.