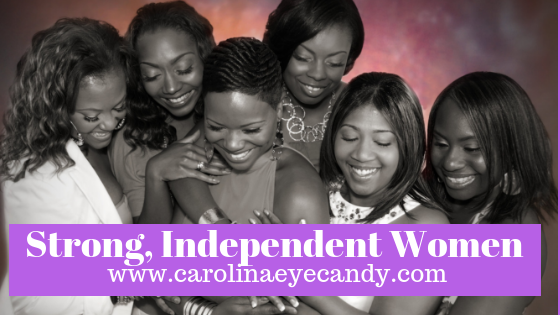 Let’s look back at these three women in history who made a difference were worthy of being called strong, and independent women.

Centuries after her death she is still regarded as one of the most well-known pharaohs of Egypt. Here name has become synonymous to wisdom and cunning. And she was that. Although her alliance with Marc Anthony was romanticized in Shakespeare’s Anthony and Cleopatra, it was not a passionate love story as many are wont to believe. It was a political move by Cleopatra who was previously involved with Caesar and even had a son by him. After Caesar’s death she felt the political tides were shifting. She allied herself with the opposing party to preserve her claim to the throne, as Egypt was still under Roman rule at that time. Contrary to popular belief that her beauty was unsurpassed, Greek historian Plutarch says “her beauty was in itself not altogether incomparable, nor such as to strike those who saw her.” It was her wit, charm and intellect that attracted that two most powerful men in the Roman Empire to her.

Grace Elliot was a Scottish courtesan, writer and spy during the French Revolution. Born Grissel Dalrymple, she was raised by her mother after her parents separated. Upon her mother’s death, at the age of sixteen she came to live with her father. When her father was appointed Governor General of Grenada in the Caribbean, she married Dr. John Eliot, a wealthy society doctor who was many years older than her. The marriage did not last long, with reported infidelities by both parties and ended in divorce.

Ever resourceful, Grace took stock of her limited options and embarked upon a career as a courtesan. She enjoyed the attentions of Noblemen, including the Anglophile Louis Philippe II, Duc d’Orléans. She also reportedly had a daughter with the Prince of Wales, who became a ward of her good friend and past lover, Lord Cholmondeley.

She was in Paris during the French revolution, which she wrote about in her memoirs, Journal of my life during the French Revolution. Elliott risked her life on multiple occasions to assist and hide aristocrats who were being pursued by the Revolutionary government. She was arrested several times but was released after the death of Robespierre.

Born Emmeline Goulden was a British political activist and the reason why British women are able to vote. She was a free thinker who rebelled against the societal norms of her time. She started to read when she was very young. She showed signs of intelligence early, but she did not have the advantages of education that her brothers had. Their parents expected her and her sister to follow the usual path for young ladies – marry young, keep house and avoid paid work. She spent her whole life working to change the laws and allow women the right to vote. It paid off and the 1918 Representation of the People Act granted the vote to women over the age of 30.