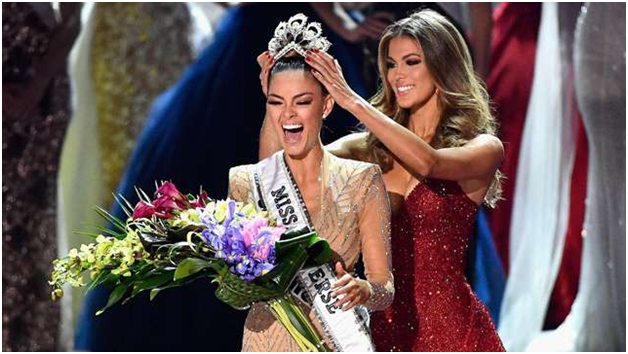 The representative from South Africa, Demi-Leigh Nel-Peters, was announced as the new Miss Universe.

The prestigious pageant, which has been running for decades, was once again held last Sunday, November 26, 2017 at the Axis Theater in Planet Hollywood casino-resort, Las Vegas, Nevada.

The 22-year-old South African proudly represented her country and won over ninety-two contestants overall. The pageant was considered to be the largest of the Miss Universe history having ninety two contestants in total. Nepal, Laos, and Cambodia were the newest addition in the pageant having represented their countries for the first time.

It is also a first for the pageant to divide the contestants into three regions: Americas, Europe, and Africa and Asian Pacific. From these three regions, four women were guaranteed to move forward to the finals. Four other women will also advance regardless of the region.

The coronation night was hosted by the returning host Steve Harvey. Performances by Grammy-Award winner Fergie and hitmaker Rachel Platten liven up the show more.

Miss South Africa advanced through the Top 3 beating over ninety women who all went through the various stages of the competition like the swimsuit, national costume, evening gown modeling and question and answer.

The new Miss Universe is an advocate of HIV/Aids and self-defense causes citing that it was a huge problem in their country. She also answered that lack of equal pay is considered to be the most important issue that women face in a workplace. The business management graduate defended that women are not properly compensated as their male counterparts even though they do the same job in the same eight working hours.

The most beautiful girl in the entire universe for the year 2017 proved that she was the rightful winner of the night displaying her beauty, wits and poise all throughout the pageant.

Achieving the Miss Universe look could be done with the help of Carolina Eye Candy and their eyelash specialists. Get that gorgeous look and win the crowd just with your beautiful eyes. Book an appointment with Carolina Eye Candy today!