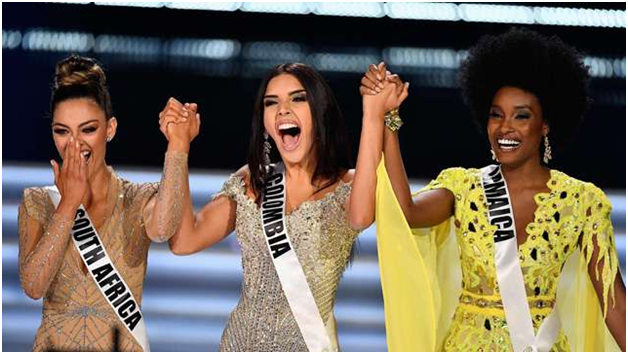 For the first time in the Miss Universe pageant history, the contestants were grouped into geographic regions. The regions wherein they were all divided were Americas, Europe, and Africa and Asian Pacific. Three other countries have also joined the prestigious pageant for the first time. They were Nepal, Laos and Cambodia. This year’s pageant is the largest in the Miss Universe history having over ninety candidates. There were ninety-two women overall that joined the most famous beauty pageant to represent their own wonderful countries and battle for the crown.

The pageant was held in the Axis Theater at Planet Hollywood casino-resort in Las Vegas on Sunday, November 26, 2017. It was aired live through the FOX channel at 7 pm EST. The pageant was hosted by the returning host, Steve Harvey who became famous after botching the Miss Universe 2015 crowning by announcing Miss Colombia as the winner instead of the Philippines.

The contestants were narrowed down from 92 into Top 16, Top 10, Top 5 and Top 3. The candidates were selected by stages that composed of swimsuit, geographic division, evening gown modeling and question and answer.

The contestants were made to absolute perfection by their respective professional makeup artists and hairstylists. Various makeup and hair styles can be seen from the all the ladies from the beginning of the pageant until the coronation night. Different techniques were used by the professionals to make their corresponding contenders perfect for the night. Even different eyelashes styles were present in the pageant to make the ladies more beautiful.

The beautiful ladies were finally narrowed down into the Top 3 with Jamaica, Colombia and South Africa who faced the last round of challenges which is the question and answer.

At the end, Demi-Leigh Nel-Peters won the pageant and took home the most prestigious crown. She will go home not only with the Miss Universe title and crown but also a yearlong salary, luxury apartment in NYC during her entire reign and other prizes.

Women can achieve the same looks as the candidates wore on the pageant night. They can simply highlight their eyes through their eyelashes. Carolina Eye Candy have the best solution. Schedule an appointment with us!