What You Need to Know About Cosmetics 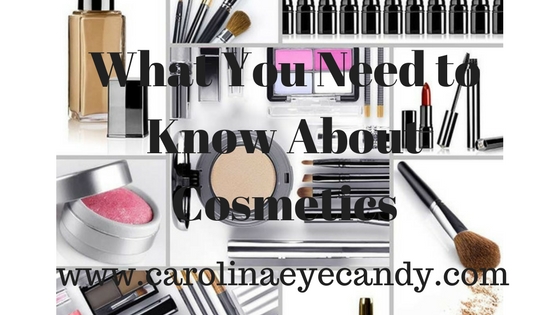 We all know that cosmetics have been around for ages. Historians could not exactly tell who invented makeup but it was the Egyptians, Grecians, and Romans who have used. It was believed that makeup  was part of a tradition in the ancient world.

In the modern world, makeup is used to improve the appearance. Most women use makeup since it’s required for work, they have to look presentable since when dealing with people, it’s all about visuals. I mean would you like a groggy-looking waitress to wait on you in a fancy restaurant? Let’s be honest, of course not!! You would somehow think that the restaurant has low standards when it comes to the people that works for them but I am telling you, mostly the people in the kitchen looks like plain Jane since they are not dealing directly with customers plus it’s hot in the kitchen and their makeup will probably melt.

We ladies tend to use makeup to look good, as the saying goes look good to feel good. There is nothing wrong with wearing makeup, even I wear makeup. What’s  wrong is when you rely on cosmetics to feel beautiful. Each one of us is beautiful in our own way. We just have to be confident in our skin.  We have to remember that confidence is the best makeup that we can wear.  Let’s not allow makeup to design us as a person.