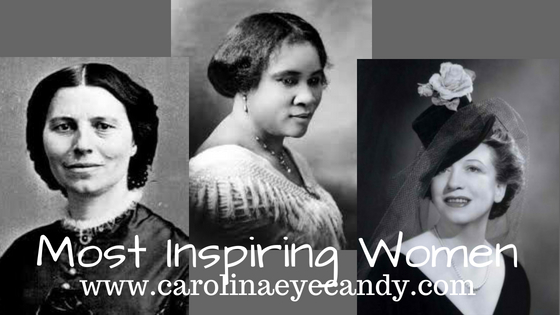 They say it’s a man’s world. While that statement may have been true decades ago, women are reclaiming their spot, and proving that the world belongs to them too. Women have owned and managed businesses for years, but it is only recently that they are given credit and recognized. They used to juggle the demands of business and family, all the while dealing with the prejudice that women are supposed to stay at home and keep house.

Currently, an estimated one-third of the entrepreneurs are women and the numbers are steadily climbing.

Here are three women who inspired other women to succeed:

Founded the American Red Cross in 1881.  She was a self-taught nurse during the American Civil War and is known for her humanitarian work. In 1850, before the war, she left to teach at Bordentown, New Jersey. Barton taught without salary as long as the children are able to attend school for free. She was able to establish the first free school in New Jersey, but later left when the town officials decided to appoint a male principal over her.

“I may sometimes be willing to teach for nothing, but if paid at all, I shall never do a man’s work for less than a man’s pay.”

Is an entrepreneur, philanthropist, and a political and social activist. She overcame the incredible odds stacked against her to become one of the wealthiest self-made women in America during her time. She was the first free child born to former slaves, was married at 14 and widowed at 20. She used to work as a washerwoman, earning only $1.50 a day. In her thirties, she developed her own product line and marketed herself as an independent hairdresser and retailer of cosmetic creams, initially selling her products door-to door. Her hard work paid off, overcoming racism and sexism to be the first African-American woman millionaire.

“I had to make my own living and my own opportunity. But I made it! Don’t sit down and wait for the opportunities to come. Get up and make them.

Founder of Elizabeth Arden Inc. cosmetics, she initially worked as a bookkeeper for a pharmaceutical company, and later as a “treatment girl” for a beauty culturist. She used the knowledge she gained, and started what is now one of the most popular cosmetic brand in the world.

“It is remarkable what a woman can accomplish with just a little ambition.”