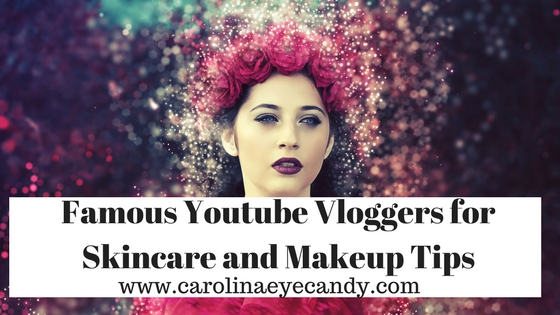 Over the past several years, it can be noticed that there are already quite a number of vloggers and bloggers that have emerged. And many have been grateful for their sudden existence for they introduce and give tips and suggestions on how to properly have an amazing hair and makeup styles. However, with so many of them making their names known, it became harder for netizens to determine who to trust and follow. We all want and look for those experts who can give the best tips and tutorials to achieve the  best makeup and skincare tips.

Two sisters re behind the popular vlog Pixiwoo and they are both makeup artists. They vlog mostly includes recreating makeup looks of celebrities like Angelina Jolie or Rihanna. They also have Basic video tutorials that are best for beauty beginners.

She is a makeup artist based in London who works with famous celebrities like Katy Perry, Kte Winslet, Emma Watson and Keira Knightley. She is also No. 7, a British cosmetics brand, creative director. Her tutorials are clean, professional and educational and amateurs can surely learn from them.

She has began posting tutorial videos since 2007 and have already gained over a million followers. She enhances her videos with various themes and colorful costumes which attracts many subscribers. She is also currently working on her own makeup line called EM Cosmetics.

Zoella is a Youtube Vlog own by Zoella Sugg who’s bubbly personality as well  as sense of humor makes her more adorable to her millions of subscribers. Her makeup techniques are also spot on.

Gossmakeupartist is vlog owned by makeup artist Wayne Goss who discovered his talent after his struggles with acne during his 20s. His videos aim to demystify beauty products as well as complexion techniques such as contouring cheekbones and concealing blemishes.